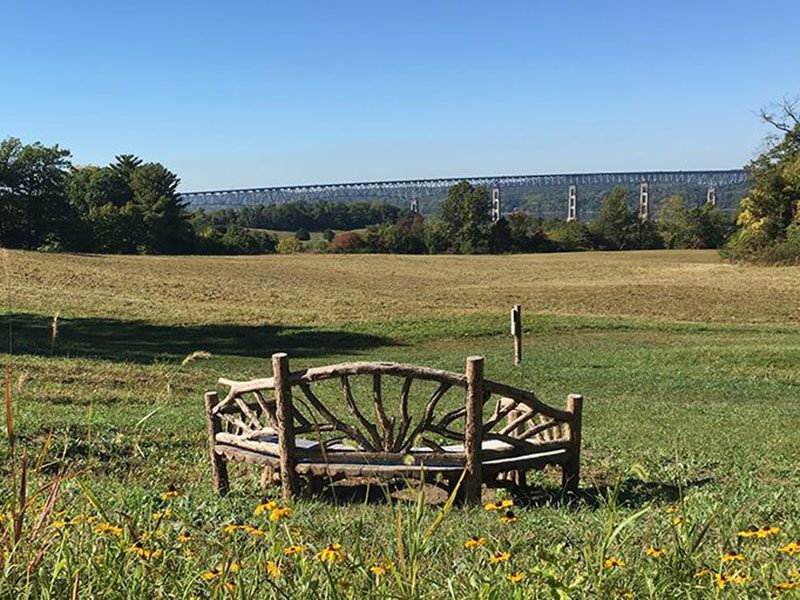 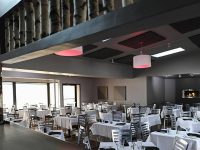 Tucked into a corner of the Irvington Boat Club (access via Tarrytown) Sunset Cove is hard to find but affords views of the Hudson River. Boat club atmosphere. 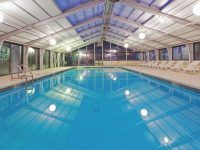 Amenities include free breakfast, WiFi, a fitness center, and a pool. 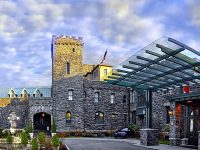 This luxury hotel is a member of the Small Luxury Hotels of the World network and a destination in itself. The 120-year-old landmark, also a member of the National Trust Historic Hotels of America, offers extraordinary views of the Hudson River. Most of the Luxury Suites feature antiques, fireplaces, and four-poster beds. An additional wing includes 24 Junior Suites, Deluxe King, and Deluxe Queen rooms at more moderate prices. The facility boasts an outdoor heated swimming pool (open seasonally) with a mile-long trail wrapping around the breathtaking property .The award-winning New American restaurant Equus offers three distinctly elegant rooms. The newly opened THANN Sanctuary Spa, the first of its kind in the US, offers a wide variety of natural therapy treatments in an incomparable, peaceful setting with stunning design, full facilities, and a 24-hour gym. When you reserve, please ask for special heritage tour packages that include visits to area historic sites such as Kykuit, the Rockefeller Estate, seasonal festivals, and activities on offer from Historic Hudson Valley. 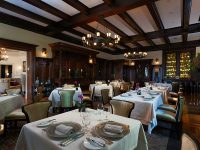 Equus offers fine dining set in the luxurious surroundings of the Castle-on-the-Hudson. The restaurant is perfect for special occasions, business meetings or romantic outings. The greenhouse features views of the Hudson River, while an interior room boasts a roaring fireplace in fall and winter. 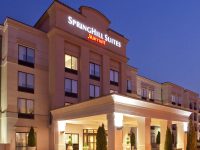 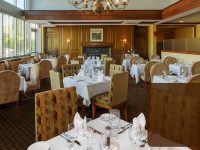 An upscale, modern American bistro at the Doubletree Hotel. 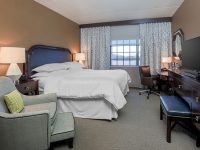 This hotel has 150 rooms, a full-service restaurant, and an indoor pool. 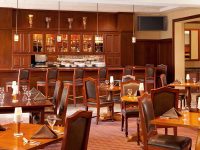 Contemporary American fare and an extensive whiskey and bourbon list (hence the name). Located in the lobby of the Sheraton Tarrytown. 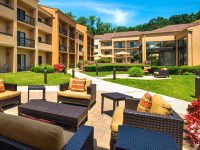 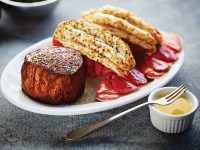 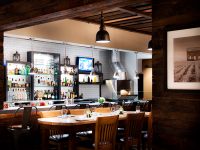 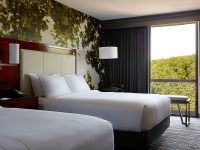 With its 10 floors and 444 rooms, the Westchester Marriott is one of the largest hotels in Westchester. Amenities include two restaurants and four lounges, an indoor pool and an extensive onsite fitness center. Ruth’s Chris Steakhouse is in the hotel. 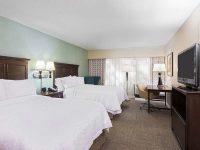 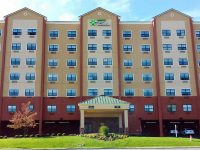 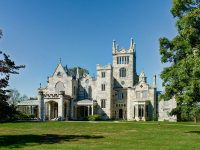