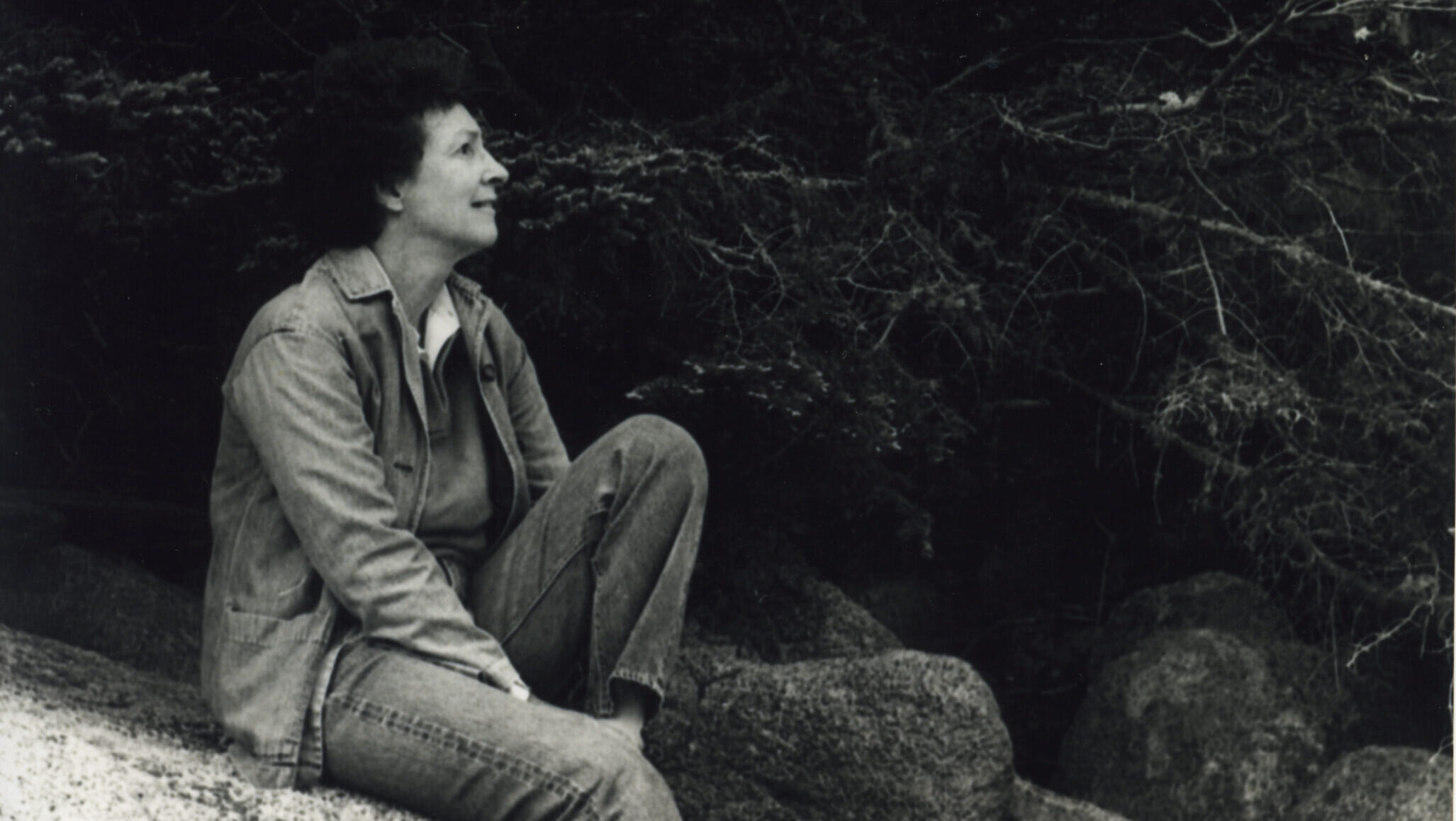 While her mother-in-law Abby Aldrich Rockefeller and her brother-in-law  Nelson Rockefeller were renowned modern art enthusiasts, Margaret “Peggy” (McGrath) Rockefeller (1915-1996) preferred to work the land. She turned the 2000-acre Pocantico estate where she lived with her husband David into a ranch. There, and on farmland upstate in Columbia County and in Maine, Peggy rode a tractor, and bred prize-winning Simmental cattle. Concerned that overdevelopment was endangering America’s remaining farms, Peggy became a founder of the American Farmland Trust and joined the Board of the New York Botanical Garden, all with the loving support of David, head of Chase Manhattan Bank and philanthropist. When Peggy and David drove a gallant team of Morgan horses through the Rockefeller State Preserve or Acadia National Park in Maine, it was Peggy who typically held the reins. With her love of the land and agricultural pursuits, Peggy kept David anchored to the earth.

Yet there was a time when Peggy took a departure from her usual endeavors and brought an incomparable treasure of modern art to the Hudson Valley.

In the spring of 1961, David and Peggy visited Paris. Peggy’s father-in-law John D. Rockefeller, Jr. had recently passed away, and his six children wished to honor his memory with a stained-glass window at their place of worship, The Union Church of Pocantico Hills. David’s mother, Abby, had been previously memorialized at the church with a rose window designed by Henri Matisse. Where could the family find an artist of comparable stature and genius for another window? The search was on.

Peggy left David to his business meetings while she visited the Louvre and viewed the “Twelve Tribes of Israel” windows designed by Marc Chagall for the Hadassah Medical Center in Jerusalem. Chagall was already well-known to the Rockefeller family as a painter, and they owned several pieces of his work.  Chagall had lived in New York during the 1940s and his paintings had been shown at the Museum of Modern Art, a museum co-founded by Abby Rockefeller. Chagall mastered stained glass later in life, embarking upon a second career in this medium in his sixties. The “Twelve Tribes” were among his first stained-glass commissions. Peggy was entranced by Chagall’s powerful use of color and the strong spiritual quality that infused the Jerusalem windows. She knew she had found the artist for whom the family had been looking. With excitement, Peggy relayed her discovery to David, and made certain he viewed the Jerusalem windows the very next day.

David came away equally impressed and, upon returning home, suggested to his elder siblings that Marc Chagall be chosen to design their father’s memorial window. That autumn, the Jerusalem windows were exhibited at the Museum of Modern Art, and members of the family and the Union Church congregation had a chance to see them.  David subsequently visited the artist at his home in southern France and offered him the commission.

The window based upon the parable of the Good Samaritan and dedicated to John D. Rockefeller, Jr. was installed in the narthex of the Union Church in the fall of l962, directly across from Abby Rockefeller’s Rose Window.  With its theme of strangers helping strangers, it was a fitting tribute to a man who had devoted his life to philanthropy.

David Rockefeller and Marc Chagall became friends through the Good Samaritan commission, and the two agreed that Chagall should design all the sanctuary windows. With a bit of persuasion from David, for not all the congregants were fans of modern art, the Church ultimately accepted an additional gift of eight Chagall side windows from the Rockefeller family. The richly colored side windows featured both Old and New Testament subjects, and they were installed at the church at the end of 1966.

After Peggy’s death in 1996, the Union Church pastor approached David and the family with an offer to dedicate one of the side windows to her memory. David chose the window based upon the image of the Prophet Ezekiel, which shows Ezekiel swathed in luminous shades of blue, reaching up to accept a scroll from an angel. In front of the prophet stands a tree that is about to bear fruit. David loved the incandescent blue colors and observed that Peggy would surely appreciate the blooming tree!  For twenty years thereafter, David could be regularly seen at church services, sitting in the pew alongside Peggy’s window. Following David’s death in 2017, and after consultation with the Rockefeller family, the Ezekiel window was rededicated to both Peggy and David, who each had a key role in bringing Chagall’s work to Pocantico Hills.