The Millstone: A Symbol of Philipsburg’s Challenging Past

BY Karen
Tag: Philipsburg Manor / Slavery in the Colonial North 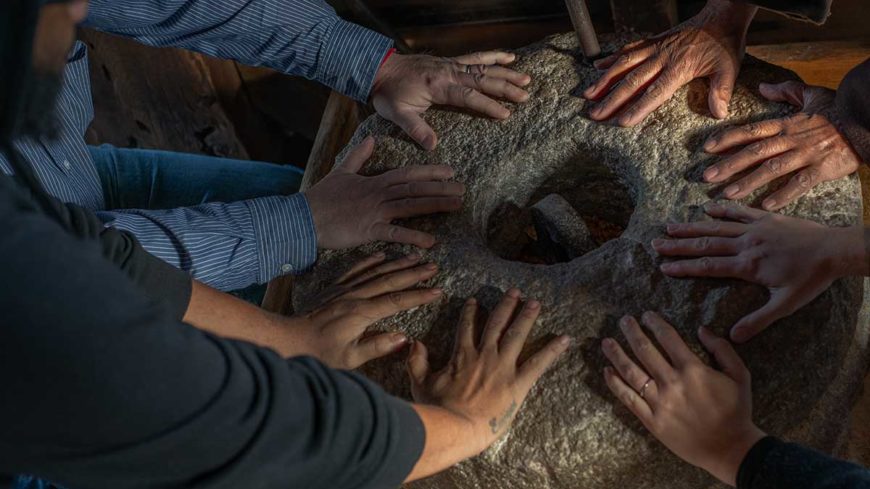 The mill at Philipsburg Manor produced the flour that generated the wealth of the Philipse family and secured their place near the top of the socioeconomic empire of colonial America. The enslaved man who ran that mill, however, received no such benefits.

The miller, Caesar, was considered property by the Philipse family, and was neither paid nor pensioned for the mechanical and business skills that enabled him to grind wheat grown by tenant farmers and other enslaved people into flour. The flour was shipped down the Hudson to be sold in New York City, or sent to Barbados as provisions for enslaved labor on sugar plantations there.

By using a millstone as the logo for its Slavery in the Colonial North constellation of programs, Historic Hudson Valley (HHV) has commemorated Caesar and all of the enslaved individuals who worked and lived at Philipsburg Manor in the mid 1700s. The millstone is emblematic of how enslaved labor significantly underpinned economy of the American colonies and the foundation of the United States.

“It’s really bittersweet,” said Elizabeth Bradley, HHV’s Vice President of Programs and Engagement. “The stone represents the complexity of Caesar’s work and the irony of what he was doing: creating flour to feed other enslaved people in an inequitable system.”