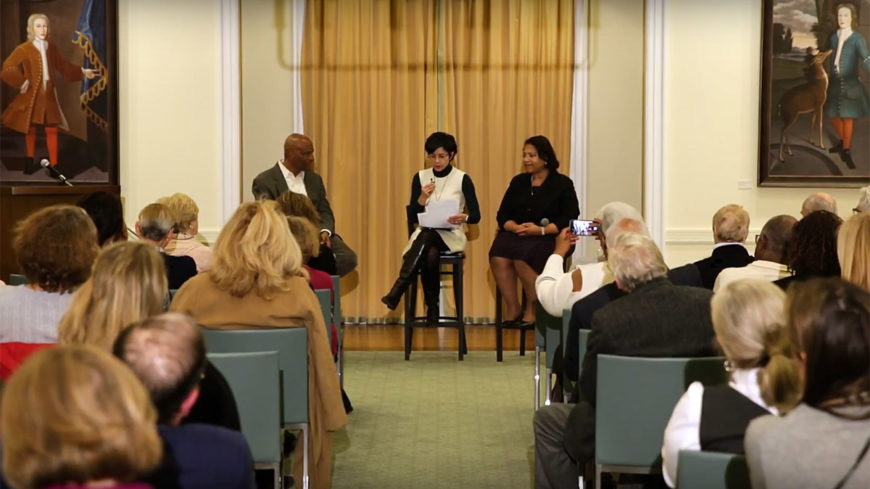 On Sunday, March 25, 2018, the Women’s History Institute held a special screening of the short documentary film “The Trials of Constance Baker Motley” as the inaugural event in the Caryl Plunkett Conversation series.

The screening was followed by a panel discussion led by Jami Floyd, WNYC Legal Analyst and host of “All Things Considered.” Ms. Floyd moderated the discussion between Joel Motley, Judge Motley’s son and Board Member of Historic Hudson Valley, as well as The Honorable Laura Swain, U.S. District Court Judge for the Southern District of New York and former clerk for Judge Motley.

The proceedings of the screening and discussion were also filmed: