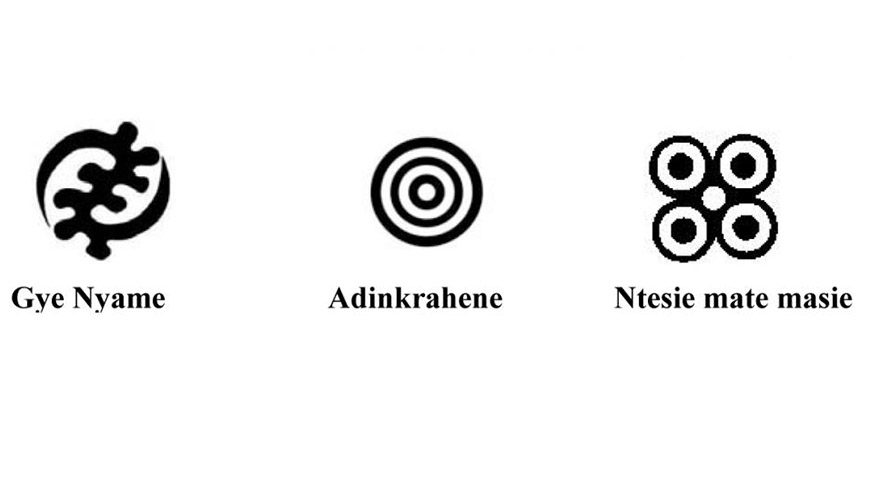 “Sankofa” isn’t just a pretty song; it’s a symbol, a proverb, a fashion statement, even something of a meme.

Sankofa originated as one of many symbols used in the Asante art of Adinkra printing. Part of a larger cultural group known as the Akan, the Asante are famous for their distinct, beautiful textiles—Kente and Adinkra cloth.

Traditionally, royalty and other spiritual leaders wore Adinkra cloth as mourning clothes. In fact, “Adinkra” means goodbye or farewell in the Akan language.

The cloth itself is a work of art and storyteller’s dream. Using a traditional stamp press technique, dyed cloth (traditionally red, black, or brown) is decorated with myriad designs and patterns culled from dozens of Adinkra symbols, each carved from the bottom of a calabash so it stands in relief. Because each symbol has a specific meaning, each finished cloth has its own narrative—a story to be read through symbol choice and placement.

Sankofa, one of many symbols used by the Asante for Adinkra printing, has two representations: one that resembles a curly heart and another of a bird looking behind itself. Sankofa’s literal translation, Se wo were fin a wo sanko fa a yennki, means “it is not a taboo to return to fetch something you forgot earlier on.” For many it has come to mean “learn from your past” or “to return from whence you came,” a history geek’s mantra!

It turns out that Philipsburg Manor shares some of its cultural identity with the small but historically significant region of West Africa that gave birth to Adinkra, and the concept of Sankofa is woven throughout vignettes that are the backbone of the historic site’s Celebrate Pinkster festival.

Philipsburg’s enslaved community was quite diverse. Captive Africans came to the colonies from numerous African ports, others were transported from the Caribbean, and others were born in America. Researchers at Philipsburg studied Philipse family wills and probate inventories and found naming patterns suggesting that some members of Philipse’s enslaved community were either first generation Akan or were descended from Akan forebearers.

Although no evidence has been unearthed that suggest Adinkra cloth or symbols existed at Philipsburg, debate continues nearby at the African Burial Ground National Historic Park in Manhattan. Re-discovered in 1991, archaeologists found a heart-shaped image on the coffin of an enslaved man who had died in the 18th century. Whether the symbol found on the coffin was a Sankofa or not, it serves as a fitting reminder that we continue to learn from our past. 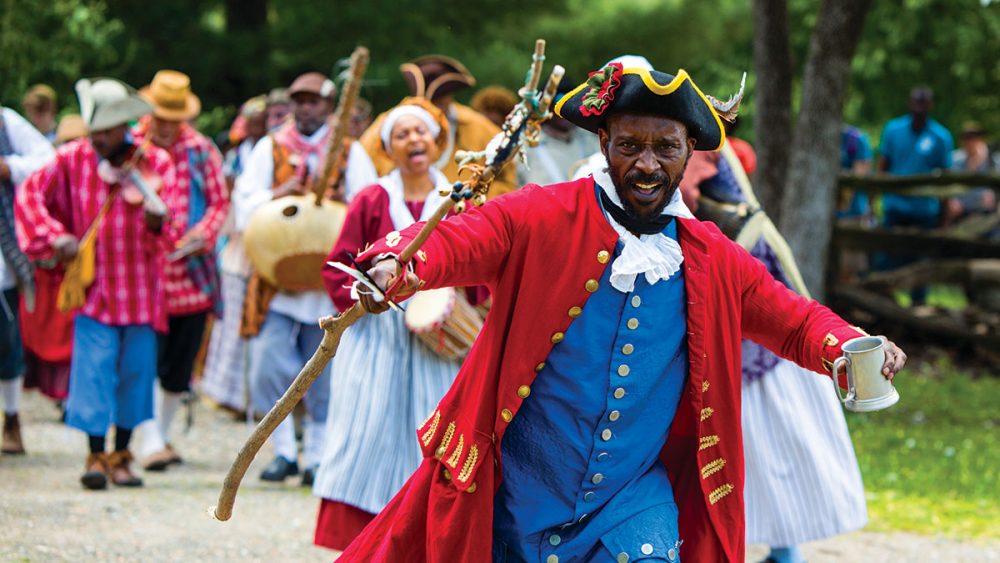 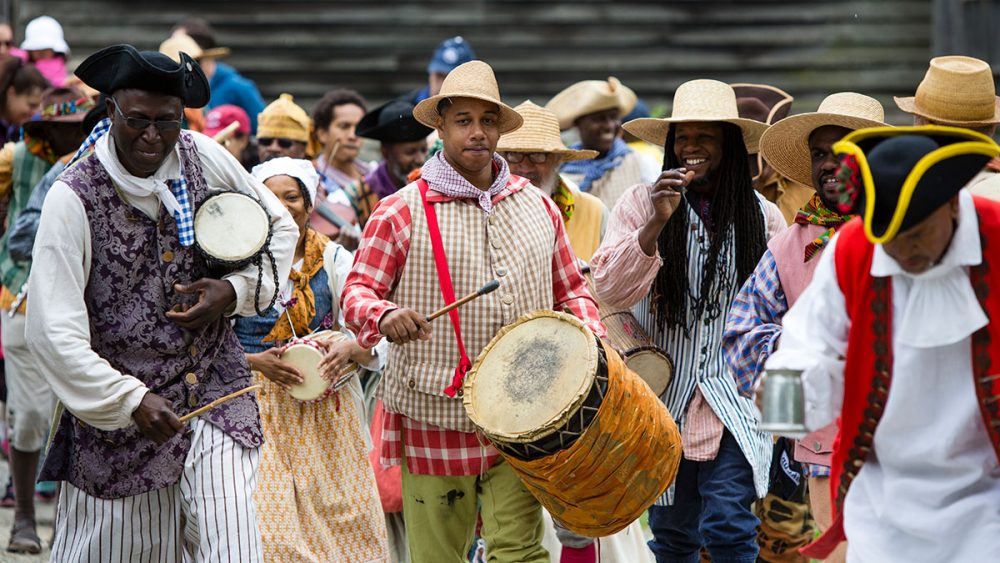 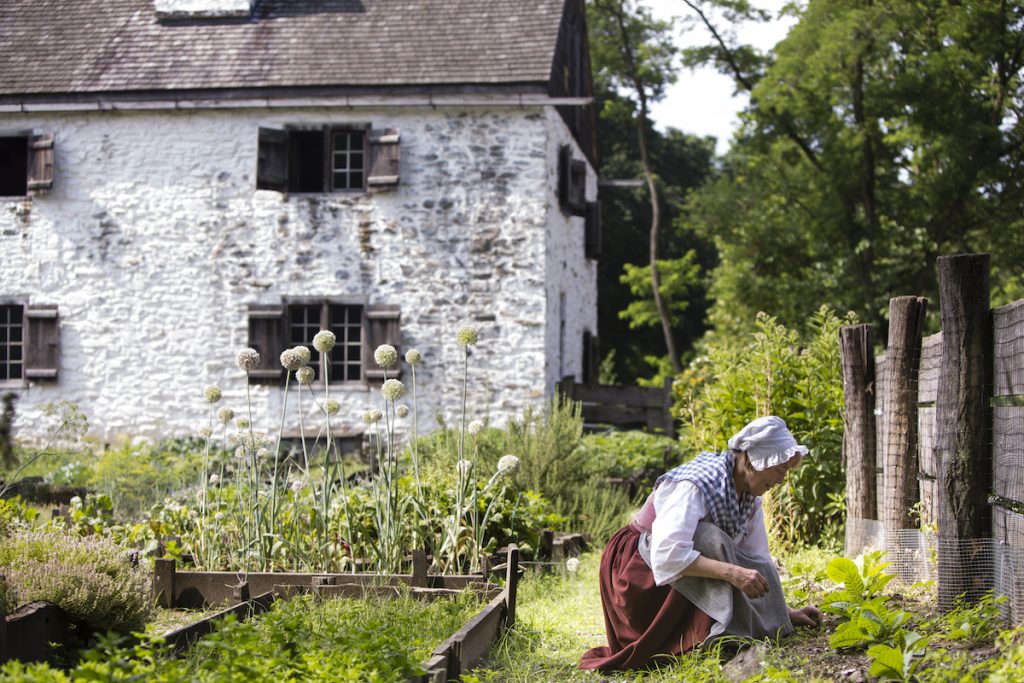 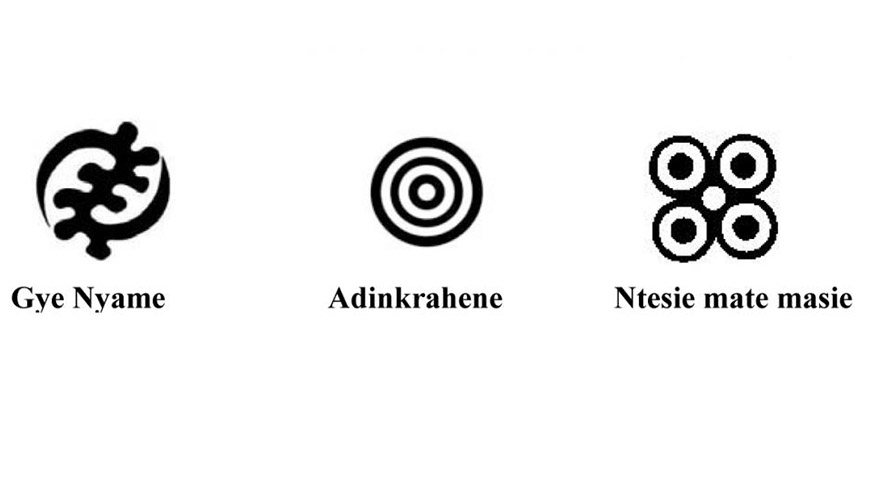