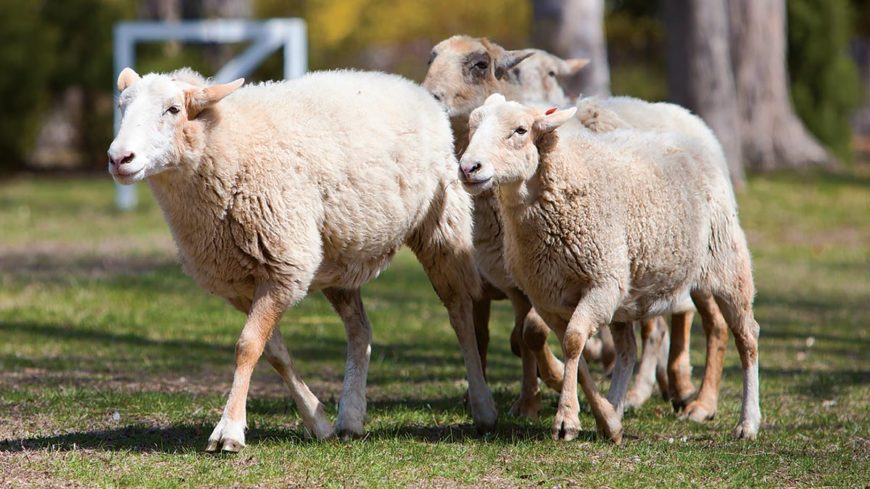 With Sheep-to-Shawl coming to Philipsburg Manor, it’s the perfect time to brush up on some sheep trivia.

Sheep smarts: Sheep are extremely intelligent animals. Their IQ level is similar to cattle, and they are almost as smart as pigs. They are capable of solving problems—they can remember how to find their way through a maze or how to find a treat in a puzzle.

Group mentality: Sheep are by nature gregarious and like to be in a group (known as a flock or a mob).

Ancient craft: Man has been spinning wool since 3500 B.C.

Supernatural fiber: Wool is biodegradable, it’s a natural insulator, and is resistant to mildew, mold, and fire.

Who’s counting? There are over 1 billion sheep in the world today.

First (ovine) settlers: The first sheep in the New World arrived with Christopher Columbus in 1493.

Revolutionary spinners: Early Americans bristled under English laws discouraging the wool industry in the colonies. The resentment was so great that before the Revolution, spinning and weaving were considered to be acts of patriotism.

Early entrepreneurs: The term spinster came about because spinning wool was one way for unmarried Colonial women to earn money.